Stefano Milani tells us of the "Sperone del Corvo" cliff, where he is opening a new climbing spot. 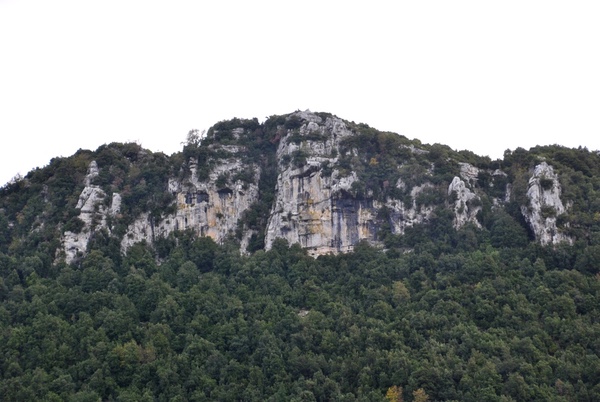 For many years there have been several attempts to set some climbing routes on the Sperone del Corvo cliff. I can't remember the first time these rocks where visited. Maybe in the mid-nineties, or earlier.

During the first attempt, I got the base of the cliff. It was only an exploration, to look closely at the rock, to touch it with my hands, and hear its sound. On that occasion, I saw few pitons (one or two..) and a nice pillar.

Anyway, I went back with the purpose of trying some better exploration of the rock wall, maybe from above.

I came back a few years later, but it wasn't possible to reach the rock wall, because there was some maintenance work in the surrounding wood.

I tried again some years later, but that time the weather was bad, and getting worse, so for the second time I moved back with my gears.

In the years that followed, there has been no news of other attempts.

At the end of the last summer, during a week end, driven from curiosity, I decided to come back there another time. 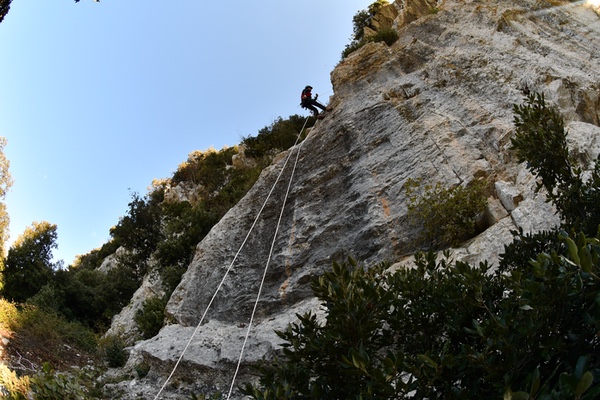 Once there, I parked my car and continued on foot. It was a nice, sunny day, but during the preceding days it rained a lot. So the weak track through the meadows was very wet and almost indistinguishable.

After so many years I could not remember how to get the base of the cliff.

Nevertheless, this time I reached the rock wall, just in the middle. Exactly where I wanted. 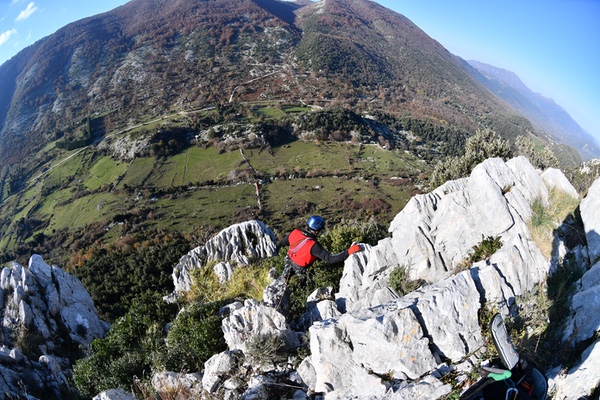 The first thing that drew my attention was a big roof, at least 15 meters above the ground. Then I found again the crack with an old piton, followed by some old aluminum hangers, alternating with some 8mm fix (without hanger).

I found also some new, stainless steel, expansion bolts. Therefore, during these years someone has tried to set some route.

The nice pillar that impressed me the first time was still waiting for me. So many fantasies came up in my mind: I saw new climbing routes, climbing moves. I estimated how many routes I can set, how many of which could be easy and how many could be hard, how many anchors will be needed, I designed where to place the first belays... That is all the things that spring in my mind where I see a cliff that I really like.

Then I found a track and went back to my car. A last look at the cliff, some shots and...  Work in progress.