Free Climbing: Stories about Freedom and something else

An extract from the forthcoming Storie Romane, an Umberto Fausto Silvestri's book.

Free Climbing: Stories about Freedom and something else 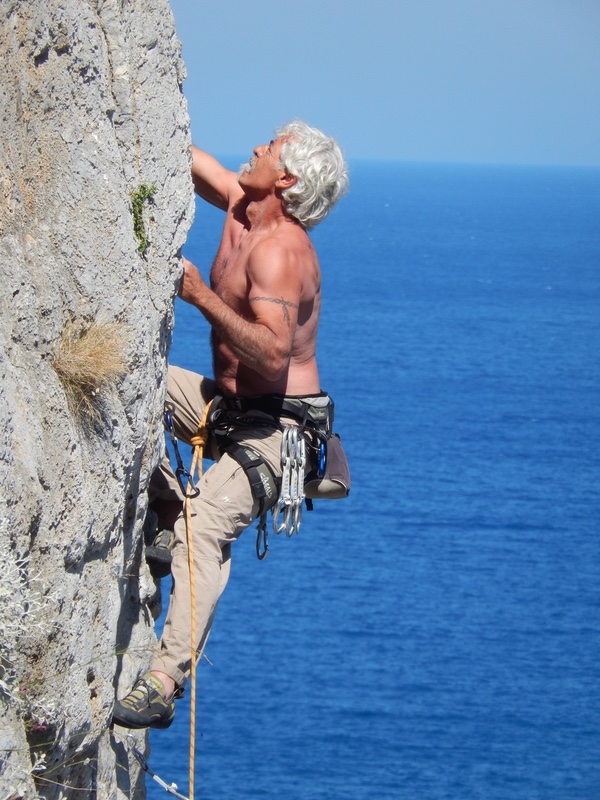 We used to climb at least three times a week.

Very often in Sperlonga, that we loved a lot, and we had got good, trained, light as a feather.

We fluttered about the rock walls by the sea, in the "Approdo dei Proci" area, from a 6a to a 6c with great ease and naturalness. In those times we were fit, and once I was able to climb (with two rests, I have to say) the route named “Beethoven”, that was 7a+, that is something a bit hard.

My mate, Rudolf was better than me and was getting in trouble only from 7b on.

He's still hurt from not sending  “Il biglietto di volo per fortuna” and “Brukner” (both 7b), even if I easily sent “Aurora”, “Mozart, “Entropia” and “Bach”, that was all of the same difficulty, but probably more congenial. 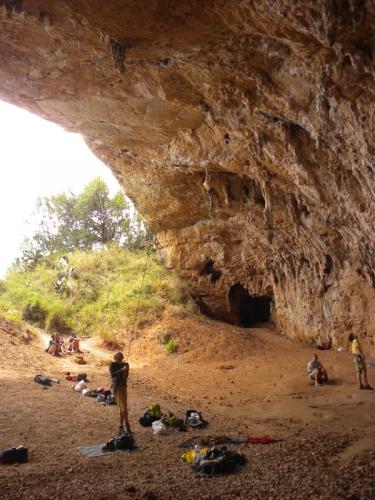 In the Big Cave area (the "Grotta dell'Arenauta"), that is the cave on the foreshore of Sperlonga, at the bottom of the 200 steps of the "Ultima spiaggia”, the Enzo's unauthorized bathing establishment, we climbed a bit easier routes: ”Fini e Forti”, “Invidia”, “Black Sky” that was ranging from 6b to 7a, because climbing in the cave is a different, more technical thing.

Rudolf was able to send even “Nuvole e fango”, a hard 7b, “A volte si staccano” a 7c (maybe 7c+) and did several attempts to “Cavalieri selvaggi” that was 8a.

We were pleased, and quite happy with those weekdays outings in that nice golden, semi-deserted beach, spent climbing those limestone walls, a bit polished by the wind and the salt air, fantasizing about impossible goals, with achy arms and tendons.

Besides, I was an almost 60-years-old man, and sometimes I thought I was ridiculous, hanging from those beloved rock walls. But I was too excited and almost happy.

Hanging as a monkey, attached to a thin rope, I felt like a king, a privileged, despite all the trouble, the struggle for life, the death of my wife Luciana, that I wasn't over.

But it was so nice: living, playing, suffering, climbing. 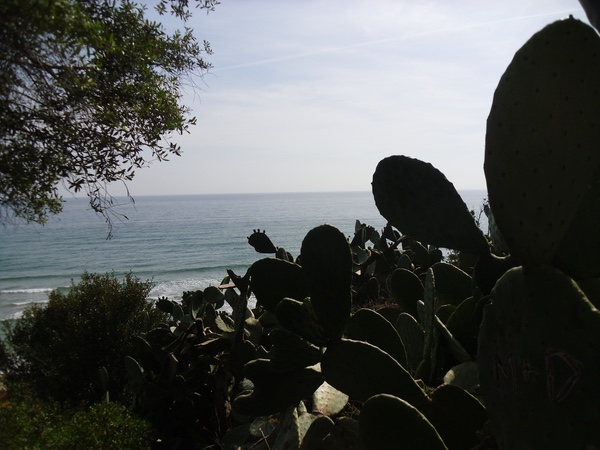 The sea from the Arenauta Cave
Emiliano Della Bella

The age difference between me and Rudolf was no big deal, and no one ever asked me what's the maximum age a man can climb. Moreover, I have always been diligent, attentive, protective with my younger mates.

Anyway, what's the maximum age a man can climb?

I kept wondering about this question, particularly when my shoulder was hurting, or when I couldn't do a move.

Sometimes, discouraged, I would rather quit.

What's the maximum age a man can climb? I don't know.

«As long as your fingers are good».