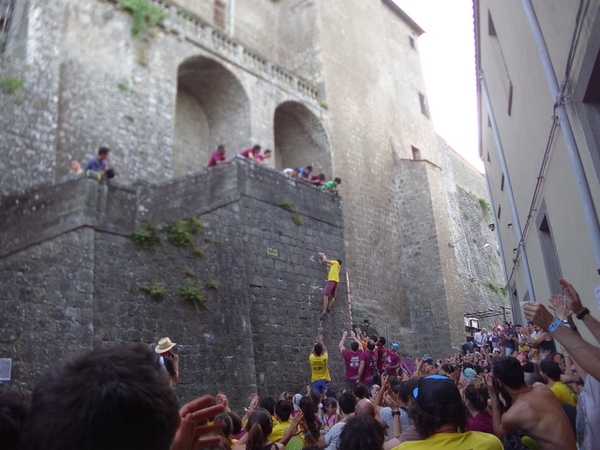 Saturday, June 15 the Soriano Street Boulder took place in the small town of Soriano del Cimino.  This event was organised by the Sassisti Tusciaroli association, and supported by some local authorities.

Through a good work of promotion the organisers  brought to Soriano almost 300 partecipanti, so many that since some days before the event the registrazioni were closed. 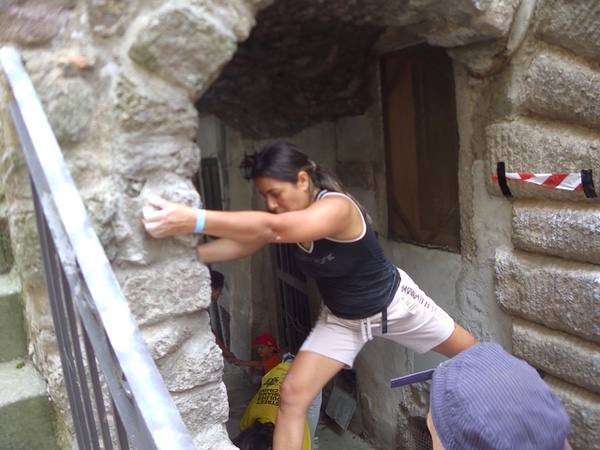 The scenery was the ancient town of Soriano with its small alleyways and its Fortress, where were set blocks of any difficulties, fancifully using  both the architectural elements and the ornamental friezes, that in Soriano are made of magmatic rock or of tuff so that the Climbing style was often technically demanding and quite different from the ones of the other Street Boulders in Central Italy, where the building are made of limestone.

Looking at the participants, it seems to me that is well-represented the age group between 35 and 45, practicing both bouldering and climbing, and both in indoor and in outdoor.

The youngest climbers and the over 50 ones were far less numerous than I expected, and none of them went in final.

The early stages of the competition were convivial and relaxed: all of us dove into the blocks like we were in a playground. But at 17:30 the siren sounds, and the finalist's name were announced. So we all gathered under the wall where the final was taking place.

That's when the dimension of agonism, with its emotional pressure, came out, also due to the cheering and the emotional involvement of the spectators.

In the end, the winners are awarded a trophy, and also an entire ham and other local products.

The day ends with a communal dinner in the sports field.