Sport Climbing: from nature to Tokyo

Sport Climbing: from nature to Tokyo 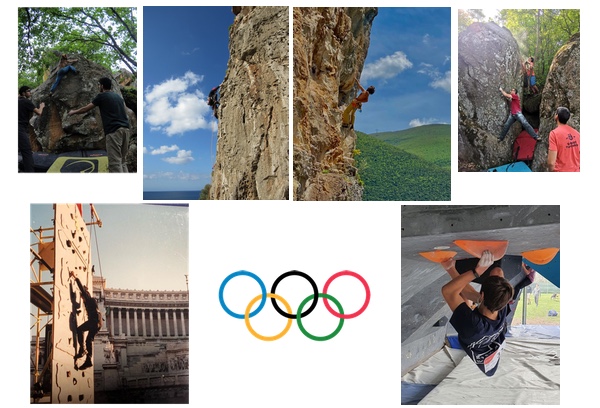 In just over one month the best Italian athletes will leave for Tokyo, to participate in the XXXII edition of the Olympic games. A good team that for sure will be admired, and is highlighting the deep renewal and the generational change happened in the Italian sport. About 300 athletes, among which there are the freshmen of the sport climbing, the  Karate, the Surf, the Skateboarding and the Baseball/Softball. This edition is expected full of hope for the national team.

The Sport Climbing, represented by the very young Roman Laura Rogora and by Micheal Piccolruaz from Bozen, is, in particular, the discipline that arouses greater interest both for its spectacularity and because in the last years, although regarded as dangerous and extreme, it's has become almost a sport of the masses, with thousand of young practitioners, in the gyms, or on the nature.

Italy, by virtue of its geomorphological conformation and of the variety of its territory is a kind of paradise for climbers, with climbing spots spread right throughout the country in places of incomparable beauty.

Think about the crags of the Northern Italy, about Arco di Trento, Finale Ligure, or the ones in Abruzzo, in Umbria; think about the beautiful mounts overlooking the Sardinian sea:  Cala Luna, Cala Golone, Goloritzé; or about the one overlooking the Sicilian sea, like San Vito lo Capo or other dozens and dozens of places. Think about the Amalfi Coast, in Campania, about Sperlonga and Gaeta in Lazio, full of history and beauty enough to fill eyes and hearth; or to the Apennines, with Rieti, the Mount Soratte or Soriano nel Cimino, where there is the "Ancient Beechwood", a magical place for bouldering, UNESCO World Heritage, that the Sassisti Tusciaroli team, in collaboration with the local authorities and the Municipality of Soriano are trying to manage, although the landscape restrictions, in a difficult balance between valorization and conservation.

I'm sure that sport climbing will give us great satisfaction in Tokyo, and will definitely launch this discipline in the sporting universe, creating opportunities for recreation and cultural and physical growth for our kids, but also economic, touristic and employment opportunities. Just think that even now among the leading companies interested in climbing equipment, and that extensively export to third countries, there are several Italian companies.

Sport climbing is a young sport, energetic, careful toward the nature, developing athleticism and bravery, reflection and temperament and nourished by the experience of more mature athletes, and that will be enhanced by the Olympic games, that probably will expand its catchment area.

But, despite all these premises and these opportunities, the sport climbing is not well regarded by the political institutions, that rarely (with a few exceptions) care the climbing spots, and and even, in some cases like Ciampino (near Rome), some areas in Sicily and in the Northern Italy, on the Thyrrhenian Coast and in many other regions they close the climbing spots, to keep from the responsibility of their maintenance, or to go along with provate interests. We would welcome a changement of mentality and of approach, a greater attention by institutions and politics but also a stronger claim of spaces of freedom for the climbing practice bu the sport governing bodies, that can't miss the olympic occasion for promoting this amazing sport.